Need help with an Indemnification Agreement?

What is an Indemnification Agreement?

An indemnification agreement, also called an indemnity agreement, hold harmless agreement, waiver of liability, or release of liability, is a contract that provides a business or a company with protection against damages, loss, or other burdens. This type of contract allows businesses to carry out their services and/or provide products without the risk of being held responsible for problems in the future.

Here is an article about what indemnity means.

Purpose of an Indemnification Agreement

This legal document will hold harmless the initial party, the business or company and ensure that they are able to continue its operations and continue providing high quality products and services to its customers. With an indemnification clause or agreement, the business does not have to worry about loss or damages that occur to a third party outside of their own control.

Here is an article about the purpose of an indemnification agreement.

They are also frequently used in fields such as construction, where the indemnification agreement may protect a contractor or builder who uses specific materials with the purpose of providing specified protection for the property. These agreements or clauses can be found in or used with a construction contract .

Other examples could include waivers of liability from ‘risky’ experiences or businesses, such as amusement parks, gyms, skating rinks, and ski slopes. These types of businesses may also ask their clients to sign liability waivers .

Here is an article with some types of businesses that use express or implied indemnification agreements.

Indemnification agreements can exist in other forms, however, and may be included provisions in many contracts made between two parties. It then covers nearly any loss potentially suffered by the company including court costs, fees, and any settlements reached.

Indemnifications will provide protection in a number of different ways, such as:

Here is an article with several examples of indemnification agreements. 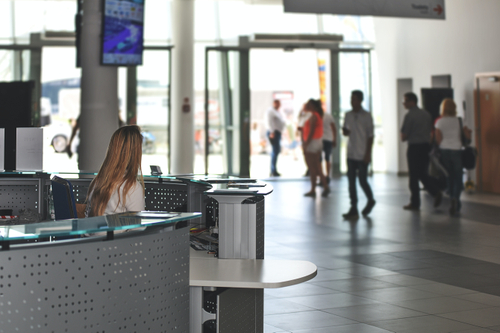 Image via Pexels by PhotoMIX

What’s Included in an Indemnification Agreement?

While an indemnification agreement will vary from one situation and one business to another, there are a few different characteristics that will be the same or vastly similar between them.

Here is a sample of an indemnification and hold harmless agreement .

There are two different types of indemnification agreements, which include express and implied indemnity. These specify:

We can also look at specific areas where indemnification agreements may be entered into. These can include:

Here is an article with several types of indemnification situations.

Who Signs an Indemnification Agreement?

A contract that is not signed by both of these parties may not be legally enforceable. There are exceptions to this rule as noted by the existence of implied indemnification agreements. The implied agreement means that there is no written contract between the parties, but a reasonable person would assume a similar agreement.

If no document is signed, however, it is possible for a suit to occur and then the burden of proof that an implied agreement existed would be on the party being sued.

Here is a sample of an indemnity and hold harmless agreement .

Get Help with an Indemnification Agreement

Do you need help with an indemnification agreement? Post a project in ContractsCounsel’s marketplace to get flat-fee bids from lawyers to review and compare. All lawyers on our platform are vetted by our team and peer-reviewed by our customers for you to explore before hiring.

Meet some of our Indemnification Agreement Lawyers

Benjamin is an attorney specializing in Business, Intellectual Property, Employment and Real Estate.

I am a graduate of Cornell University and Rutgers University School of Law—Newark, and have been admitted to the state and federal bars for New Jersey, and have been engaged in the full- or part-time practice of law since my admission to the bar in 1991. My practice centers on civil litigation; wills, trusts, and estates; and ediscovery review and management. I have extensive experience in regulatory compliance in the financial services industry, as well as privacy laws in the U.S. and E.U.

University of Akron School of Law