Need help with a Prenuptial Agreement?

What Is a Prenuptial Agreement?

A prenuptial agreement, also known as a premarital agreement or prenup, is a legal contract entered into by two parties before they get married that outlines each individual's assets and specifies how financial issues will be handled in case a divorce occurs. Prenuptial agreements are often associated with individuals who are wealthy, but this type of contract can benefit any couple who intends to get married. Alternatively, a postnuptial agreement is a similar document signed after two people are married and can be an option when people experience significant change in wealth after their marriage. However, a postnuptial agreement is sometimes seen as less enforceable, always speak with an attorney who can explain your rights and options prior to making a decision.

A prenuptial agreement allows the couple to address potential divorce issues early in the relationship when both parties are more likely to deal fairly and generously with one another. This document clarifies which assets belonged to each party before the two merged their homes while also specifying what assets each individual will be entitled to at the dissolution of the marriage and after the couple has combined some of their resources.

The Popularity of Prenuptial Agreements

In recent years, prenuptial agreements have increased in popularity. In a 2018 survey by the American Academy of Matrimonial Lawyers, 62% of lawyers polled said they had seen an increase in the number of clients seeking prenuptial agreements during the last three years. Some of this increase may be due to couples waiting longer to get married and accumulating more wealth and assets before getting engaged. The prevalence of divorce in previous generations may also contribute to the increase in prenups, since many millennials now getting married have divorced parents.

Benefits of a Prenuptial Agreement

Couples have many reasons to consider a prenuptial agreement.

Protection for Children From Previous Marriages

If either individual has a child or children from a previous marriage, a prenuptial agreement can include essential provisions that will help protect the children in the marriage. A prenup ensures that a child's biological parent can leave a portion of the estate to the child in the event of the parent's death. If the prenup is not in place, the surviving spouse may inherit most or all of these assets, leaving less than what the parent might have desired for the child.

Comprehensive Planning for the Future

Prenups cover more than divorce alone. Although divorce is the most common reason a couple will use a prenup, this document can also specify what happens in the case of death or incapacity.

If either party is entering the marriage with debts, a prenuptial agreement can clarify who these outstanding debts belong to. This arrangement will protect the other party from taking on the debt in the event of the divorce, an important point if the debts are substantial.

A prenuptial agreement can specify what property belongs to each party. If one of the individuals owns a home, vehicle, or other significant assets, a premarital agreement can prevent the other spouse from attempting to claim these pieces of property in a divorce settlement. Those who are engaged are more likely to deal fairly with one another, which could help the couple avoid disputes later if the marriage ends.

Understand what a typical divorce settlement would look like so that you can fully appreciate the value of a prenuptial agreement. Lacking a prenup, each spouse will typically have shared ownership and management of property acquired during the marriage. The spouses will also share liability for debts incurred in the marriage, leaving both parties to pay for these liabilities.

How to Handle a Prenuptial Agreement

Be aware of the requirements for a prenuptial agreement so that you can make sure that this document holds up in court if you need to call upon it in the future. While you can draft your own prenuptial agreement, you should do so with care and make note of the following considerations.

You should discuss your prenuptial agreement as soon as possible after you get engaged. Aim to complete this contract at least six months before the wedding. If you wait until a significant part of the wedding planning is complete, you may have trouble proving that the prenup wasn't entered into under duress. Once the parties have invested in sending invitations, putting a deposit on a wedding venue, and purchasing wedding attire, proving that the prenup was entered into freely becomes more challenging.

A single attorney cannot represent both parties fairly. Working with separate attorneys ensures that each party has someone reviewing the contract who is interested solely in the individual's best interests. An attorney is also a valuable resource for navigating issues that are specific to your state. Every state handles prenups differently. You should consult with a local attorney who understands the process in your area. You may want to:

Know What Areas to Include

You can put many items into a prenuptial agreement. While you're taking the time and effort to create this document, consider including as many details as possible. Some items that you can include in a prenup are the following: 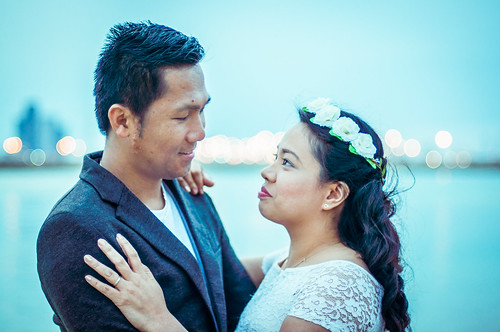 The Limitations of a Prenuptial Agreement

A prenuptial agreement is not all-encompassing. You can't manage all aspects of a marriage with this type of contract. You should understand these limitations before drafting the prenup, particularly if you're creating this contract independently. A prenup that includes the following may be deemed invalid:

A prenuptial agreement is a valuable document that deserves a great deal of time and consideration. When drafted properly, this contract can provide you and your spouse with a great deal of protection as you both approach the future together.

Meet some of our Prenuptial Agreement Lawyers

Texas licensed attorney specializing for 20 years in Business and Contract law. My services include General Business Law Advisement; Contract Review and Drafting; Legal Research and Writing, including Motion Practice; Business Formation; Article or Instructive Writing; and more. For more insight into my skills and experience, please feel free to visit my LinkedIn profile or contact me with any questions.

I am a California-barred attorney specializing in business contracting needs. My areas of expertise include contract law, corporate formation, employment law, including independent contractor compliance, regulatory compliance and licensing, and general corporate law. I truly enjoy getting to know my clients, whether they are big businesses, small start-ups looking to launch, or individuals needing legal guidance. Some of my recent projects include: -drafting business purchase and sale agreements -drafting independent contractor agreements -creating influencer agreements -creating compliance policies and procedures for businesses in highly regulated industries -drafting service contracts -advising on CA legality of hiring gig workers including effects of Prop 22 and AB5 -forming LLCs -drafting terms of service and privacy policies -reviewing employment contracts I received my JD from UCLA School of Law and have been practicing for over five years in this area. I’m an avid reader and writer and believe those skills have served me well in my practice. I also complete continuing education courses regularly to ensure I am up-to-date on best practices for my clients. I pride myself on providing useful and accurate legal advice without complex and confusing jargon. I look forward to learning about your specific needs and helping you to accomplish your goals. Please reach out to learn more about my process and see if we are a good fit!

I absolutely love helping my clients buy their first home, sell their starters, upgrade to their next big adventure, or transition to their next phase of life. The confidence my clients have going into a transaction and through the whole process is one of the most rewarding aspects of practicing this type of law. My very first class in law school was property law, and let me tell you, this was like nothing I’d ever experienced. I remember vividly cracking open that big red book and staring at the pages not having the faintest idea what I was actually reading. Despite those initial scary moments, I grew to love property law. My obsession with real estate law was solidified when I was working in Virginia at a law firm outside DC. I ran the settlement (escrow) department and learned the ins and outs of transactions and the unique needs of the parties. My husband and I bought our first home in Virginia in 2012 and despite being an attorney, there was so much we didn’t know, especially when it came to our HOA and our mortgage. Our real estate agent was a wonderful resource for finding our home and negotiating some of the key terms, but there was something missing in the process. I’ve spent the last 10 years helping those who were in the same situation we were in better understand the process.

Creative, results driven business & technology executive with 24 years of experience (13+ as a business/corporate lawyer). A problem solver with a passion for business, technology, and law. I bring a thorough understanding of the intersection of the law and business needs to any endeavor, having founded multiple startups myself with successful exits. I provide professional business and legal consulting. Throughout my career I've represented a number large corporations (including some of the top Fortune 500 companies) but the vast majority of my clients these days are startups and small businesses. Having represented hundreds of successful crowdfunded startups, I'm one of the most well known attorneys for startups seeking CF funds. My engagements often include legal consultation & advisory roles, drafting of NDAs, TOS & Privacy Policies, contracts and corporate law, business strategy advice & consulting, in-house counsel, Founder & entrepreneur guidance and other roles as needed by my clients. I hold a Juris Doctor degree with a focus on Business/Corporate Law, a Master of Business Administration degree in Entrepreneurship, A Master of Education degree and dual Bachelor of Science degrees. I look forward to working with any parties that have a need for my skill sets.

Seasoned technology lawyer with 22+ years of experience working with the hottest start-ups through IPO and Fortune 50. My focus is primarily technology transactions with an emphasis on SaaS and Privacy, but I also provide GC services for more active clients.

I am a NY licensed attorney experienced in business contracts, agreements, waivers and more, corporate law, and trademark registration. My office is a sole member Law firm therefore, I Take pride in giving every client my direct attention and focus. I focus on getting the job done fast while maintaining high standards.

A twenty-five year attorney and certified mediator native to the Birmingham, Alabama area.