Need help with a Waiver?

What Is a Waiver?

The word "waiver" means to forgo an interest or right by intentionally or unintentionally choosing to give up the opportunity to enforce it. Simply put, waiving something means not enforcing it. Therefore, a waiver clause in a contract is a clause that governs the way a contractual party can waive a right and the consequences of the waiver.

To a certain extent, most contracts have a waiver clause. It's important to clearly understand a wavier clause because it specifies the circumstances in which a contractual provision becomes enforceable and the specific actions that may lead to a forfeiture of your rights.

How a Waiver Clause Works

To gain a clearer understanding of a waiver clause, let's take a look at an example. Suppose you're a service provider who has entered into a contract with a customer to provide ongoing services on a monthly basis. The contract states that you should receive payment by the first day of each month, and you're entitled to charge a penalty for late payment.

Your client manages to pay on time for the first five months but pays three days late on the sixth month. You decide not to charge the late fee because you have a good relationship with the customer, or maybe you've been so busy that you didn't even realize the payment was late.

By choosing not to impose a penalty, you're essentially waiving your right to charge the late fee on this particular occasion. However, this decision may have an impact on your rights in the future. Take the following questions into consideration:

The answers to these questions depend on whether you've included a waiver clause in your contract and what kind of waiver clause you have.

What Is the Purpose of a Waiver Clause?

In general, the law states that a right that hasn't been regularly enforced is a right that a court won't enforce selectively. Usually, parties of a contract will both benefit in the long term if they have a good understanding of what they are and aren't allowed to do under the agreement.

If you're the party who can enforce a right, you should include a waiver clause to ensure that you won't unintentionally lose your ability to do so in the future. Conversely, if your contractual partner is entitled to enforce a right against you, having a waiver clause clarifies whether you're expected to strictly abide by the terms of the contract.

The example above relates to a somewhat minor waiver of a late payment penalty. Nonetheless, in some cases, a waived right can be a more important right, such as the right of the non-breaching party to end the contract. Although the discussion of a waiver usually seems to be something that isn't likely to be significant, bear in mind that the specific language of the waiver clause may significantly affect your rights.

What Are the Different Types of Waiver Clauses?

If you want to make sure your rights will remain enforceable, you need to understand the different kinds of waiver clauses and the obligations they create. Here are several types of waivers commonly seen in contracts:

How to Determine the Right Waiver Clause for Your Contract

Your choice of waiver clause depends on your contract and situation. It's usually best to use a clause that includes multiple types of waivers, but it may not be necessary for you to do so.

While they may seem inconsequential to some people, waivers can help you retain your ability to enforce your rights. To choose the right waiver clauses for your contract, you have to make sure that you have a good understanding of your agreement and the reasons you're using any particular clause. Here's an article about understanding a legal contract .

No, waiver clauses aren't always enforceable. Even if you have a complete non-waiver clause in your contract, a court may find that you waived your right to enforcement if you demonstrated extreme behavior. For instance, you may have taken actions in bad faith or delayed enforcement for a long time, such as years or decades. Therefore, including a non-waiver provision is only the first step toward protecting your rights in a contract. Learn more about your contractual rights in this article. 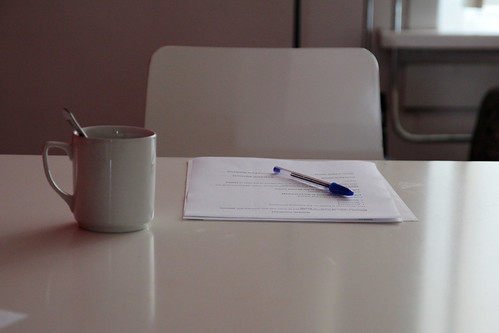 Once you're able to use waiver clauses effectively, you'll have more options available if the other party breaches a contract. Use the tips below to take full advantage of waivers:

If you want to know more about waiver clauses in contracts, contact us today to speak with the friendly and helpful experts at ContractsCounsel.

Meet some of our Waiver Lawyers

I focus my practice on startups and small to mid-size businesses, because they have unique needs that mid-size and large law firms aren't well-equipped to service. In addition to practicing law, I have started and run other businesses, and have an MBA in marketing from Indiana University. I combine my business experience with my legal expertise, to provide practical advice to my clients. I am licensed in Ohio and California, and I leverage the latest in technology to provide top quality legal services to a nationwide client-base. This enables me to serve my clients in a cost-effective manner that doesn't skimp on personal service.

I am a 1984 graduate of the Benjamin N Cardozo School of Law (Yeshiva University) and have been licensed in New Jersey for over 35 years. I have extensive experience in negotiating real estate, business contracts, and loan agreements. Depending on your needs I can work remotely or face-to-face. I offer prompt and courteous service and can tailor a contract and process to meet your needs.

Tim advises small businesses, entrepreneurs, and start-ups on a wide range of legal matters. He has experience with company formation and restructuring, capital and equity planning, tax planning and tax controversy, contract drafting, and employment law issues. His clients range from side gig sole proprietors to companies recognized by Inc. magazine.

Davis founded DLO in 2010 after nearly a decade of practicing in the corporate department of a larger law firm. Armed with this experience and knowledge of legal solutions used by large entities, Davis set out to bring the same level of service to smaller organizations and individuals. The mission was three-fold: provide top-notch legal work, charge fair prices for it, and never stop evolving to meet the changing needs of clients. Ten years and more than 1000 clients later, Davis is proud of the assistance DLO provides for companies large and small, and the expanding service they now offer for individuals and families.

Braden Perry is a corporate governance, regulatory and government investigations attorney with Kennyhertz Perry, LLC. Mr. Perry has the unique tripartite experience of a white-collar criminal defense and government compliance, investigations, and litigation attorney at a national law firm; a senior enforcement attorney at a federal regulatory agency; and the Chief Compliance Officer/Chief Regulatory Attorney of a global financial institution. Mr. Perry has extensive experience advising clients in federal inquiries and investigations, particularly in enforcement matters involving technological issues. He couples his technical knowledge and experience defending clients in front of federal agencies with a broad-based understanding of compliance from an institutional and regulatory perspective.