Need help with a Novation Agreement?

What is a Novation Agreement?

Novation is used in contract law and business law which defines the act of:

There are three main ways to make a novation:

Novation in contract and business law is different from assignment.

Assignment is generally valid as long as the party is provided notice whereas a novation requires agreement of all parties. An assignment only passes along benefits rather than obligations. For instance, a sublease is an assignment. The landlord can still hold the primary renter responsible. In a novation, the primary party of the contract would also transfer all obligations and cannot be held accountable for the contract after novation is complete.

There are advantages and disadvantages to both a novation and an assignment. Assignment is often more convenient than a novation. Novation can protect sellers from future liabilities despite being a tedious process.

Want to learn more about novation? Here is an article on novation for you .

Purpose of a Novation Agreement

Novation is used when a third party enters an agreement to replace a departing party in a contract. Usually a new party would assume obligations to pay another party that the original party had intended to pay. This releases the debt from one party to another. There would generally be three parties involved: a transferee , transferor and the counterparty . All parties must sign the agreement.

Cancelling a contract can be messy and expensive. In such cases, one might find novation to be a better option. Through novation one party can simply find a third party to complete an original agreement.

There are certain risks of a novation. If the counterparty is unsure that the new party will be able to adequately complete obligations set under the contract, the counterparty might face consequences in the future but will not be able to hold the primary party accountable after novation.

Still not sure about the purpose of novation? Here is an article for you .

Novation can also allow for modified payment terms if all parties agree. Take the case of Person A, B and C mentioned above. Person C might agree to accept Person A’s jewelry as payment which has a value of $100–the debt amount. This transfer of jewelry can still constitute as repayment and resolution of all debt between the three parties.

Novation in mergers and acquisitions is common. A classic example is when a company, X, enters into a contract with another Company, Y. A novation can be included to ensure that if company Y sells, merges or transfers their business or parts of their business to another company, the new company that merges with or acquires company Y or parts of it, will assume obligations and liabilities of company Y in the contract with Company X. In this contract, a purchaser, merging party or transferee of Company Y will step into the role of Company Y in respect to their contract with Company X.

Here is an article with more examples of novation . 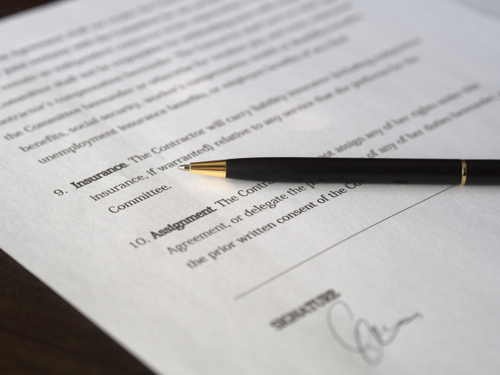 Get Help with a Novation Agreement

Do you have any questions about novation agreements and want to speak to an expert? Post a project today on ContractsCounsel and receive bids from contract lawyers who specialize in contracts.

Meet some of our Novation Agreement Lawyers

NY Admitted Lawyer 20+ years of experience. Focused on Startups , Entrepreneurs, Entertainers, Producers, Athletes and SMB Companies. I have been a part of numerous startups as Founder, CEO, General Counsel and Deal Executive. I have been through the full life cycle from boot strap to seed investors to large funds-public companies to successful exit. Let me use my experiences help you as you grow your business through these various stages. We saw a market for an on-line platform dedicated to Virtual General Counsel Services to Start Ups and Private Companies.

Business transactions attorney who is well-verse in general corporate matters, fundraising, and negotiation in technology, blockchain, and consumer product industry

Attorney with a wide-range of experience

A. Browne Esq. is an entertainment, intellectual property, and business lawyer. Her goal is always to provide the best legal representation for your creative endeavors, both tangible and intangible. Always know that the best way to deal with legal issues is to take measures to avoid them. Learn how to protect your creative work at a law firm that’s passionate about ensuring that creatives own their stuff.

Christopher Nuneviller has practiced in the securities, venture capital, corporate and emerging business sectors, and as a contract-advisor to the federal government, a federal government senior level executive, and as Army Judge Advocate. Like you, he also he is a partner in other business ventures and faces the same pressure to succeed, be profitable, and stay sane, all while making his clients, employees, family and business partners happy. As the managing partner for Philadelphia's MNB Meridian Law, Ltd., his focus is on assisting small and mid-sized businesses grow and thrive. As a business generalist, Christopher provides advice and counsel to businesses, their owners, investors and shareholders on matters ranging from formation, organization, governance, routine and special operations, and growth toward IPO. Christopher is also a former U.S. Army Judge Advocate having served seven years in Washington, D.C. where he gained significant experience with "above the fold" matters of great import and an unhealthy insight into the internal workings of the "beltway" underbelly. Mr. Nuneviller is admitted to practice in the Commonwealth of Pennsylvania, and before the Supreme Court of the United States, the Court of Federal Claims, and the Court of Appeals for the Armed Forces.

Before attending law school, I had a prior career in business performance reporting. This experience differentiates me from other attorneys. I can readily read, interpret, and synthesize financial reporting. I also have a passion for legal research and writing.