Need help with an Affidavit of Marriage?

What is an Affidavit of Marriage?

An affidavit of marriage is a legal document and a sworn statement submitted to the court, university or another institution, to verify that two people are married. Affidavits of marriage are often alternatives to a marriage certificate, which is typically issued by the Government.

How Do You Write an Affidavit of Marriage?

There are a few general steps following when preparing an affidavit of marriage.

While there are no laws outlining what to put in an affidavit, there are some common practices. The document should include robust information to be persuasive under authority.

You can read more on executing an affidavit of marriage.

What’s Included in An Affidavit of Marriage

There are few things that you should include in an affidavit of marriage:

Here is an article with more information on what to include in an affidavit of marriage. 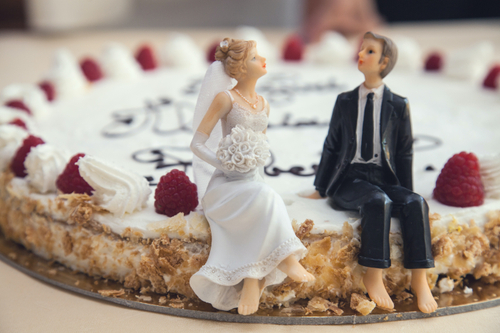 Image via Pexels by SplitShire

Purpose of an Affidavit of Marriage

Affidavits can be used for multiple purposes. They are often filed in courts to show that a certain information is true. Sometimes an attorney can use your affidavit so you do not have to appear in court. This would also save time and money that you would otherwise need to spend on any legal events.

Affidavits are often required in a number of judicial proceedings such as estate planning matters, immigration and family law issues. Without this affidavit, other legal instruments might not be considered valid. Affidavits can be used in banks and insurance matters as well.

Since an affidavit is used in multiple legal events, you should always be truthful in an affidavit to avoid committing perjury. Perjury means lying under oath to avoid any penalty.

Affidavits are widely used in the immigration process. When one is applying for a marriage green-card, they will need to show that their marriage is a legal. One can provide a marriage certificate with the green card application. However, that alone might not be enough to show a bona fide marriage. A bona fide marriage means that the parties intend to build a future together and that the marriage is not just for green card purposes. An affidavit of marriage can provide that support.

When You Need an Affidavit of Marriage

Common situations where you can use an affidavit of marriage include the following:

Once an affidavit of marriage is completed, it can be used as an alternative or supplement to an official marriage certificate.

Get Help With An Affidavit of Marriage

Do you have any questions about an affidavit of marriage and want to speak to an expert? Post a project today on ContractsCounsel and receive bids from family lawyers who specialize in family law and marriage license.

Meet some of our Affidavit of Marriage Lawyers

In his firm, Talented Tenth Law, Antoine focuses on helping people maximize their protection and prosperity in the courtroom and the boardroom. His firm’s services include representing people in lawsuits involving breach of contract, many types of civil lawsuits and helping business owners win government contracts among other things.

Tom is a former chief legal officer of public and private companies. He has extensive experience in mergers & acquisitions, commercial transactions, joint ventures, finance, securities laws and general corporate law across a broad range of industries, including construction, consumer products, e-commerce, energy and healthcare. As an attorney who practiced at two different Top 50 international law firms, he can deliver "Big Law" service at a competitive price. Prior to becoming a lawyer, Tom served as an officer in the U.S. Army and attained the rank of Captain. He served a tour in Iraq where he led a reconnaissance platoon and was awarded the Bronze Star Medal.

Craig E. Yaris is a partner at Parlatore Law Group, with the experience and drive to handle all your Franchise, General Business Practice, and Mediation needs. As a former small business owner and Chief Operating Officer of a franchisor himself, Mr. Yaris is passionate about promoting business growth. He has experience handling daily operations, employee disputes, and negotiations of pertinent contracts for a franchise company with 100 locations in five states, where he organized and conducted semi- annual meetings to educate and inform franchisees of best practices for improved growth. In addition, Mr. Yaris was responsible for the preparation and filing of the UFOC (Uniform Franchise Offering Circular) in several states and is well-versed in business formation. Between his time as Franchisor and Conflict Resolution Specialist, Mr. Yaris was the Co-Founder and Chief Operating Officer of an online company whose goal was to help inform marketers and business owners of the fast-paced and ongoing changes within their specific verticals. This experience helped him hone his research and writing skills and prepared him for the cloud-based aspects of Parlatore Law Group. Mr. Yaris also has extensive experience in public speaking, as he has planned and delivered several keynote addresses and educational seminars for many New York-based organizations, and as a Continuing Education Instructor for Hofstra University. Prior to joining Parlatore Law Group, Mr. Yaris worked as a Patient Advocate, and more recently, a Conflict Resolution Specialist, where he mediated and resolved disputes on behalf of patients with insurance companies. In this role, he negotiated for coverage of previously denied medications and medical procedures as well as successfully mediated disputes between individuals and business partners which would have otherwise resulted in protracted litigation. In addition, he has experience mediating employer and employee disputes as well as helping resolve family conflict. He has also studied and attended many Non-Violent Communication (NVC) workshops and strives to bring these tools and methods to all of his mediations. His variety of experiences speak to his ability to handle small business needs at all stages of business growth and development. Mr. Yaris also has experience with business growth and development, as he has worked with several small business on creating and implementing strategies for steady growth. In addition, to spending time with family, Mr. Yaris volunteers his time helping spread the message of the ACLU and he supports many local charities focused on families and children. He is admitted to practice in New York.

The University of Montana School of Law

Amy has served as outside general counsel and litigator to established businesses throughout western Washington since 2010. Her passion and focus is providing the best possible representation for clients in the construction, transportation and hospitality industries.

I am bar certified in the lovely state of Missouri. I received my J.D. from The University of Iowa College of Law (2019) and my B.A. in Political Science from BYU-Idaho (2015).

I am a solo practitioner with offices in Denver, Colorado and Austin, Texas with a focus on general business and real estate contracts.

Affidavit of Marriage lawyers by city