Need help with a Demand Letter For Payment?

From a legal point of view, a demand letter for payment refers to a formal document sent by one party to another party stating their grievances and requesting payment. The main goal of a demand letter is to resolve an existing dispute. The sender may write a demand letter seeking to rewrite a wrong or to settle different types of existing grievances.

What is a Demand Letter for a Payment?

A demand letter for a payment refers to a request made for money owed by a debtor. In most cases, a demand letter is the last notice made to the debtor regarding a pending payment. The term demand letter may refer to a formal document sent to a debtor mainly after defaulting on their payment obligation.

When a debtor receives a demand letter from the aggrieved party, they should make restitution by clearing the existing bills. First, however, a lawyer must draft a demand letter with all the necessary elements and terms. Often, the language and approach in formulating the demand later matter.

Here's an article on what a demand letter for payment is.

Here're Some Key Terms to Include in A Demand Later

The Purpose of the Letter

Here, the letter clarifies its purpose and sets the tone for the recipient. The main goal is to ensure that both the recipient and the sender understand the matter's scope. If the letter's purpose isn't well stated initially, it may set the stage for potential misunderstandings.

The other critical term in a demand letter is a clear definition of the parties involved. Both the “sender” and the “recipient “should be well-defined. Ensuring clarity when stating the parties eliminates any chance of your demand being ruled out on technicalities if the matter proceeds to court.

Date and Time of the Grievance

The time and dates also help determine whether there may have been accruing penalties periodically after the initial default. As such, it's essential to have the dates and times well-stipulated. Most legal drafting lawyers understand the importance of having the date and time well-drafted in the demand letter for payment.

You should include a clear description of the financial and emotional damage caused. Ensure that the recipient understands the extent of mental and financial anguish caused by the nonpayment of their dues.

The Demand for Restitution

Every demand letter for payment seeks to fulfill one goal: restitution. The aggrieved hope to either get their money back or a clear roadmap of how the other party intends to clear the dues. The demand for repayment sets the record straight on what the writer expects from the debtor.

The demand for restitution also states the consequences if the recipient fails to meet the set conditions. Our lawyers understand the need to have a specific request for a refund. The lawyers may also offer the recipient a detailed timeline within which they should make the necessary restitution.

Here's an article on the terms in a demand letter for payment. 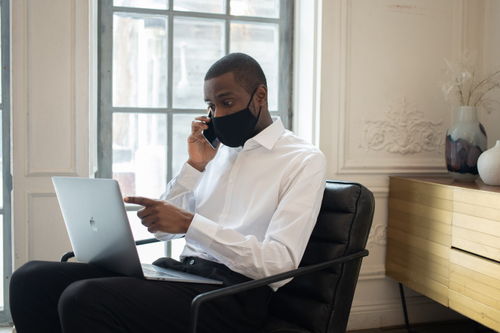 How to Write the Demand Letter

When writing a demand for payment letter, there're do's and don'ts you should focus on as a drafter. Here, we look at how to write a demand letter in a manner that communicates the message and brings about results.

It's essential to establish your facts when writing a demand letter for payment. If the issue proceeds to a court of law, you'll need to state such attributes as a backup for your claims. Your facts include the number of times you have tried to resolve the issue before escalating to a demand letter.

Ensure that you also have every clear communication you might have had with the recipient. Such facts help show the court that legal redress is the only option.

Always the Refer to Evidence

Often, there's some form of evidence to support your claims. A contract between the aggrieved and the debtor is one common example. The contract confirms that the two parties were in a binding agreement, eventually defaulting. Such additional information would be helpful in case the matter ever proceeded to a court of law.

Most demand letters for payment lack a demand. This is a vital addition. The claim should stipulate what the aggrieved party wants or expects from the debtors. Whether the claims are multiple or single, it's essential to state the dollar amount of the lawsuit. Writing a demand letter for payment isn't complete without an apparent demand. If possible, permanently attach the value of the demand.

Set a Deadline and Consequences

Every time you write a demand letter for payment, ensure that you have a deadline and the consequences if the recipient fails to meet the deadline. Such an approach helps keep defaulters on their feet.

Most demand letters for payment are only effective for outstanding payments when prepared professionally. Everything from the tone to the format of the letter can determine whether you are likely to get repayments. Debtors may at times overlook payments calculatingly or unconsciously.

Here's an article on how to write a demand letter.

Does a Lawyer Need to Send a Demand Letter for Payment?

While this is not required, it's often advisable to have a lawyer on board when writing your demand letter. A demand for payment letter can still be sent without the input of a lawyer. Lawyers understand the contents and tone, leading to a faster restitution process. It also looks more serious when written on a lawyer’s letterhead.

Always consider the service of a lawyer when designing and sending the demand letter for payment. The input of a lawyer often makes all the difference.

Here's an article on why you need a lawyer to send your payments.

Can you Ignore a Demand Letter?

Ignoring a demand letter often gives the impression that the matter doesn't concern you as a debtor. While ignoring is an option, the consequences ensuing can be dire. In instances of deliberate ignorance of the letter, the obligee may have no other choice than to seek legal action.

The consequences of going the court way should worry any debtor. In the end, this route is more expensive than obliging the demands made in the letter.

Here's an article on why you can't ignore a demand letter.

Trust a Legal Professional with the Process

Drafting an effective demand letter for payment takes professionalism and a good focus on the tone. While you can prepare the letter independently, it takes a lawyer to drive the message home and guarantee results. You can trust us with this process.

Post a project today to get flat fee bids for help with an effective demand letter for payment. All lawyers in our marketplace are vetted by our team and peer-reviewed by our customers for you to explore before hiring.

Meet some of our Demand Letter For Payment Lawyers

I joined Enterprise Law Group, LLP as an Associate in March 2020. My practice has involved a wide range of legal matters from commercial real estate, finance and international business transactions to litigation matters including commercial disputes, personal injury and medical malpractice. Proficient in Spanish, I graduated from the University of Kentucky College of Law, the Patterson School of Diplomacy and International Commerce, and the University of Southern California. Prior to my legal career, I sought diverse professional experiences. After graduating from college, I orchestrated my own volunteering experience in southern Peru with a small non-profit organization. Later I gained valuable professional experience as part of a U.S. Senate campaign, and after that I joined the public policy team at Greater Louisville, Inc., Louisville's Chamber of Commerce affiliate. Prior to law school, I embarked on a month long excursion with the Northern Outdoor Leadership School in Alaska, which gave me a new found appreciation for sustainability.

Agnes Mombrun Geter is the Founder and Managing Attorney of Mombrun Law, PLLC. She is an experienced attorney and is a member of the Florida Bar, New Jersey Bar, and the Pennsylvania Bar. The firm's practice focuses on Estate Planning, Business Law, and Debt Settlement including IRS Debt Relief. The firm's goal is to simplify the law and provide clients with the confidence and information necessary to make their decisions. The firm also provides project-based legal services to other attorneys and law firms, along with assisting as personal counsel and local counsel on legal matters.

Have over 40+ years of corporate and commercial law experience.

I am a business attorney with years of experience advising individual entrepreneurs and small businesses on issues ranging from entity selection/formation to employment law compliance, to intellectual property protection and exploitation. I often act as General Counsel for my clients fulfilling the legal function as part of a team of managers. I look forward to learning more about your business and how I may be of assistance.

Forest is a general practice lawyer. He provides legal advice regarding small business law, contracts, estates and trusts, administrative law, corporate governance and compliance. Forest practiced complex commercial litigation in Florida for eight years, representing clients such as Host Marriott, Kellogg School of Business, and Toyota. Since moving to Nashville in 2005, he has provided legal advice to clients forming new businesses, planning for the future, and seeking funding through the use of equity and/or debt in their businesses. This advice has included the selection of business type, assistance in drafting and editing their business plans and offering material, reviewing proposed term sheets, and conducting due diligence. Forest is a member of the Florida, Tennessee, and Texas Bars; in addition. Forest has held a Series 7, General Securities Representative Exam, Series 24, General Securities Principal, and Series 63, Uniform Securities Agent State Law.

CA, NY, and FL licensed attorney with nearly a decade of experience in intellectual property, data privacy, commercial contracts, and employment. I also have both the CIPP/US and CIPP/E privacy credentials. Basically, everything your business needs!