Need help with a Joinder Agreement?

What is a Joinder Agreement?

Joinder of claims is also often used to bring claims against the same party together by multiple parties in litigation. There are two main types of joinder of parties in such claims:

Here is an article on joinder agreements with more examples .

A joinder agreement has some mandatory clauses. These include the following:

Here is an article on terms used in a joinder agreement. 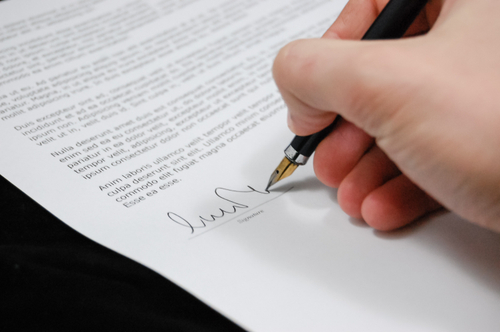 Examples of When Joinder Agreements Are Used

Joinder agreements are generally used in the following types of contracts:

Still unsure about the purpose of joinder agreements? Here is an article for you .

Getting Help With a Stock Purchase Agreement

Do you have any questions about joinder agreements and want to speak to an expert? Post a project today on ContractsCounsel and receive bids from business lawyers who specialize in contracts.

Meet some of our Joinder Agreement Lawyers

Oscar is a St. Petersburg native. He is a graduate of the University of Florida and Stetson University, College of Law. A former US Army Judge Advocate, Oscar has more than 20 years of experience in Estate Planning, Real Estate, Small Business, Probate, and Asset Protection law. A native of St. Petersburg, Florida, and a second-generation Gator, he received a B.A. from the University of Florida and a J.D. from Stetson University’s College of Law. Oscar began working in real estate sales in 1994 prior to attending law school. He continued in real estate, small business law, and Asset Protection as an associate attorney with the firm on Bush, Ross, Gardner, Warren, & Rudy in 2002 before leaving to open his own practice. Oscar also held the position of Sales & Marketing Director for Ballast Point Homes separately from his law practice. He is also a licensed real estate broker and owner of a boutique real estate brokerage. As a captain in the US Army JAG Corps, he served as a Judge Advocate in the 3rd Infantry Division and then as Chief of Client Services, Schweinfurt, Germany, and Chief of Criminal Justice for the 200th MP Command, Ft. Meade, Maryland. He is a certified VA attorney representative and an active member of VARep, an organization of real estate and legal professionals dedicated to representing and educating veterans. Oscar focuses his practice on real small business and asset protection law.

Joinder for an existing IT service contract