Need help with a Settlement Agreement?

What is a Settlement Agreement?

Settlement agreements are common in divorce and marital disputes, property disputes, personal injury cases, and employment disputes. These agreements not only keep disputes out of court, but they also save parties from having to pay expensive legal fees for continued litigation and trial.

How Do Settlement Agreements Work?

When two parties decide that they would like to pursue a settlement agreement rather than proceed to trial, negotiations will begin. It is common to use a non-biased mediator to assist the parties in coming to mutually agreeable terms.

During negotiations, the parties will lay out their terms and goals for the agreement and go back and forth until every issue in the case is settled. After the parties have agreed on all terms and it is ensured that all legal requirements of the settlement agreement are fulfilled, a judge must approve and sign off on the agreement.

If you want to be sure you’re prepared for a successful settlement agreement, read this article.

Some issues that may be covered in a marital settlement agreement include:

If two divorcing parties can agree to the terms of their divorce, an attorney or mediator can draft the marital settlement agreement. In some states, a judge will review the terms to make sure they are fair. This agreement will then be incorporated into the final divorce decree. This makes the agreement a binding court order and if either party violates it, they can be held in contempt of court.

Often in a divorce case, one party will draft a settlement agreement to propose to the other party. It is important to remember that it is just a proposal, and you are not obligated to agree to all the terms and sign it. This is just the beginning of negotiations. You should consider consulting a family law lawyer to look over the proposed terms to ensure you are protected.

Even if you agree to all the proposed terms, it is still imperative that you have your own lawyer review the proposal. You want to make sure that someone who is representing your best interests has gone over the agreement. This is the only way to protect your interests and rights.

Although once signed a divorce settlement agreement becomes legally binding, that does not mean that it cannot be modified or revised. If the revision involves a financial matter, generally both parties will have to agree to the revision.

However, if there is a significant change in circumstances, child support, custody, or visitation, can be modified by a judge to protect the best interests of the child.

When an unmarried couple separates, they are not governed by the same laws and regulations as a married couple going through a divorce. If there no children involved, the biggest issue in a break-up is the division of property. This is where a property settlement agreement can be useful.

Most states follow similar guidelines for property laws of unmarried couples. Each person is presumed to have their own property and their own debts unless they have combined their property (like a joint bank account or both names on the deed to a house). If there are joint assets, each person is entitled to a 50% share unless they can prove a larger contribution.

Unmarried couples will not receive any sort of alimony from each other and usually are not entitled to mediations like married couples are in divorce. Any property disputes would be handled by civil court proceedings.

It is recommended that if you plan on living with a partner without being married, you draft and sign a property agreement before a dispute or break-up occurs. Having a valid contract will avoid painful issues down the road should separation become imminent.

Click here to view an example of a property settlement agreement.

Business disputes are very common can arise for a wide variety of business activities. Some common business lawsuits include:

Rather than pay expensive legal fees to litigation lawyers to go to court, a business may decide that a business settlement agreement is the appropriate action for their dispute.

Parties involved in a business dispute can choose to participate in informal negotiations or they can use alternative dispute resolution methods like arbitration, mediation, and facilitation.

Because a lawsuit can negatively impact a business in many ways, it is always recommended that a business attempt to settle a dispute outside of court. This protects a business from possible bankruptcy, scandal, and exposing trade secrets.

Is a Settlement Agreement Final Judgment?

If either party refuses to adhere to the contract, a breach in settlement occurs. Every state has different procedures for handling a breach of agreement but generally a new lawsuit will need to be filed. 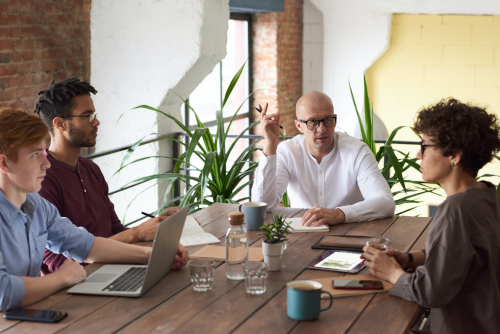 Can I Write My Own Settlement Agreement?

Settlement agreements must adhere to certain legal requirements to be legally enforceable. In addition to the agreement being in writing, it must also include:

It is important to remember that different states and jurisdictions may have different requirements for settlement agreements. A family lawyer or litigation lawyer could help walk you through the process.

Get Help with a Settlement Agreement

Meet some of our Settlement Agreement Lawyers

Benjamin is an attorney specializing in Business, Intellectual Property, Employment and Real Estate.

I am a graduate of Cornell University and Rutgers University School of Law—Newark, and have been admitted to the state and federal bars for New Jersey, and have been engaged in the full- or part-time practice of law since my admission to the bar in 1991. My practice centers on civil litigation; wills, trusts, and estates; and ediscovery review and management. I have extensive experience in regulatory compliance in the financial services industry, as well as privacy laws in the U.S. and E.U.

University of Akron School of Law

Settlement agreement between tenants and landlords