Need help with a Teaming Agreement?

What is a Teaming Agreement?

Read this material if you are interested in learning more about teaming agreements.

Pros and Cons of Teaming Agreements

Teaming agreements can be extremely beneficial for some contractors but can also have negative elements depending on the situation. Below are some pros and cons of teaming agreements:

Pros of a Teaming Agreement

Cons of a Teaming Agreement

To get a better idea of the positive and negative sides of a teaming agreement you can view this article .

The checklist below is a guide for what key topics you should include in a teaming agreement for completeness and effectiveness:

Visit this webpage to learn more about what to include in a teaming agreement.

A joint venture differs from a teaming agreement because it involves two or more companies who create a totally separate legal business to assume position as a prime contractor. Members of the joint venture have similar levels of control, liability, and profits.

On the other hand, a teaming agreement consists of only one prime contractor who maintains control over a subcontractor who does not share the same level of responsibility for performance, profit, direction, or liability.

Read this article for a detailed description of teaming agreements compared to joint venture agreements. 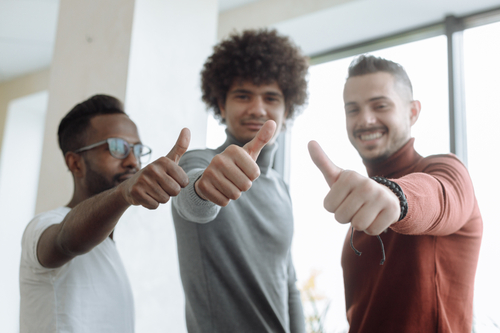 Image via Pexels by Thirdman

Examples of When to Use a Teaming Agreement

You should use a teaming agreement under the following circumstances:

Get Help with a Teaming Agreement

If you believe a teaming agreement is right for you then you should reach out to a knowledgeable government contracts lawyer who specializes in reviewing and writing them. Post a project in ContractsCounsel’s marketplace to get free bids from vetted lawyers to draft or review a teaming agreement.

Meet some of our Teaming Agreement Lawyers

Keidi S. Carrington brings a wealth of legal knowledge and business experience in the financial services area with a particular focus on investment management. She is a former securities examiner at the United States Securities & Exchange Commission (SEC) and Associate Counsel at State Street Bank & Trust and has consulted for various investment houses and private investment entities. Her work has included developing a mutual fund that invested in equity securities of listed real estate investment trusts (REITs) and other listed real estate companies; establishing private equity and hedge funds that help clients raise capital by preparing offering materials, negotiating with prospective investors, preparing partnership and LLC operating agreements and advising on and documenting management arrangements; advising on the establishment of Initial Coin Offerings (ICOs/Token Offerings) and counseling SEC registered and state investment advisers regarding organizational structure and compliance. Ms. Carrington is a graduate of Johns Hopkins University with a B.A. in International Relations. She earned her Juris Doctorate from New England Law | Boston and her LL.M. in Banking and Financial Law from Boston University School of Law. She is admitted to practice in Massachusetts and New York. Currently, her practice focuses on assisting investors, start-ups, small and mid-size businesses with their legal needs in the areas of corporate and securities law.

Corporate counsel with years of in-house experience working with and reporting to board / executive-level and upper management, along with extensive regional / national law firm background in commercial transactions and contracts, complex commercial litigation, and employment matters. Skilled at executing corporate priorities, driving profitability by implementing goal-oriented processes to achieve revenue and productivity targets, and managing company litigation and outside counsel. Recognized for creating policies and practices to address ethical dilemmas and resolving misconduct.

Jim Slattery most recently served as General Counsel at Regional News Network, a large owner of broadcast television stations. Jim is an experienced attorney with broad-based expertise. He is a seasoned negotiator who has been involved in negotiations as complex as the Olympic Games. Jim spent 18 years as Vice President for Business and Legal Affairs at NBCUniversal. Previously, Jim worked in the media industry in various roles at All American Television. Jim’s success can be attributed to his ability to properly analyze data, manage projects, lead teams, develop creative solutions for complex problems, focus on strategically optimizing assets, manage/allocate risk and collaborate with divergent constituent groups to achieve objectives. Jim received a J.D. and a B.B.A. from the University of Notre Dame.

I’m an attorney focusing my practice on concierge corporate and intellectual property law for startups and high-growth companies. I also serve as outside General Counsel to several businesses in various sectors. Since founding my practice I've worked with hundreds of clients across a variety of industries. My experience as a former General Counsel of a premier edtech company gives me unique insight into the challenges my clients face and how to resolve them efficiently and cost-effectively.

The Law Office of George K. Fuiaxis, from the very beginning in 2002, has built a reputation with its clients as an unmatched, diligent, hands on law practice that is always on duty to find the best course of action for its clients. With a supreme pledge of exceptional service to its clients in the areas of Real Estate (Commercial & Residential), Loan Modifications, Intellectual Property, Corporate Law & Business Transactions, Wills, Trusts & Estates, the Law Office of George K. Fuiaxis creates solutions for the many faceted problems faced by its clients. The office represents several various clients, including well known lending institutions, foreign and domestic corporations, sellers and buyers of residential and commercial real estate, residential and commercial landlords and tenants, well known restaurant and business owners, automobile dealerships, airline companies, well known fashion, sports and entertainment industry individuals and corporations, information technology (IT) startups and well known IT companies.