Need help with a Contractual Agreement?

What is a Contractual Agreement?

For a more detailed definition of a contractual agreement, click here.

Purpose of a Contractual Agreement

Some things to consider when entering into a contractual agreement include:

Formalities: Although an oral contract can be enforceable in some cases, it is best to have a contract in writing. When terms are written, there is less of a chance of varied interpretations. Having a written contract also proves that the contract exists.

Signatures: Written contracts should be signed by both parties involved in the contract. The signer of the contract needs to be legally competent and cannot be under the influence of any substances, mentally ill, or under 18 years old.

Read this article for more information about the purpose of a contract.

Examples of When to Use a Contractual Agreement

Contracts legally bind both parties to the duties they have agreed to perform and provides a record of that agreement. In addition, the contractual agreement provides a recourse should one party breach and not perform their duties.

Some common examples of when to use a contractual agreement include:

Partnership Agreement. A partnership agreement is used when two or more people decide to go into business together. It will outline each partner's share in the company and all duties and responsibilities of each party.

Employment Agreement: Sometimes, when a company hires a new employee, the employee is required to sign an employment agreement . This contract will outline important employment details like pay, benefits, term of employment, and grounds for termination.

Non-disclosure Agreement (NDA): An NDA is a confidentiality agreement used to ensure one party does not share a business's proprietary information. This keeps confidential or sensitive business information safe within the company.

Indemnity Agreement: An indemnity agreement , much like a liability waiver , protects a company from liability for any loss or damage experienced by someone else. These are often seen when businesses are involved in high-risk activities. When a person goes skydiving, they will sign an indemnity agreement where they release the skydiving company from liability in the event an injury occurs. 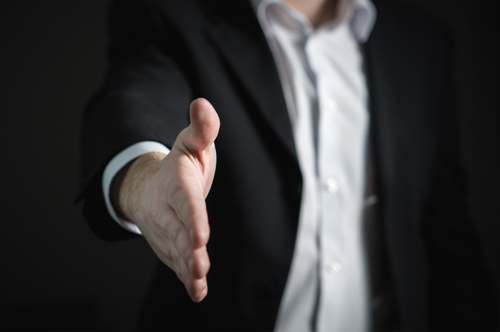 What Should Be Included in a Contractual Agreement

Although contracts will vary greatly depending on the parties and the agreement, an effective, legally enforceable contract should include the following key elements:

Element 1: Obligations and Conditions: The contract should detail the specific agreement and the obligations and conditions required by each party.

Element 2: Performance: Performance describes how each party is to complete their obligations and conditions.

Element 3: Payment Terms: Payments can be made monetarily, with goods, or with services.

Element 4: Breach of Contract: The contract should include repercussions if either party breach.

Some option elements that often be found in contracts but are not required include:

Arbitration Clause: Arbitration clauses prevent disputes from going to court and instead are handled by an independent arbitrator. These clauses are often seen in credit card contractual agreements

Force Majeure Clause: A force majeure clause voids the contract should an event occur that is out of the control of either party. For example, a natural disaster destroying a house that is in escrow.

For more examples of clauses that are commonly found in contracts, check out this contract clause guide.

Get Help with Contractual Agreements

Meet some of our Contractual Agreement Lawyers

We help simplify every transaction and provide a superior level of customer service to create long lasting and trusted relationships with our clients. Our goal is to guide our clients with practical and zealous legal representation and eliminate the difficult nature of any legal transaction.

I am a commercial contracts attorney with twenty years of experience. I have represented major corporate clients including Amazon, Marvel, and Viacom as well as independent entertainment professionals and technology startups.

For over 15 years, I accumulated both hands-on technical and business experience as an IT engineer and entrepreneur, enabling me to understand your challenges probably better than anyone else on the legal market! My California-based full-online practice focuses on: - Intellectual Property (Copyright / Trademarks) - Privacy / Data Protection - Commercial matters (e.g. service contracts) - Corporate (e.g. incorporation, restructuring)

Melanie Cunningham specializes in helping entrepreneurs remain creative and expansive by establishing the foundation of their business and protecting and maximizing their intellectual property. It’s her belief that entrepreneurs and micro and small business owners play a critical role in our communities, which propelled Melanie to return to private practice after more than a decade working for global financial institutions. Melanie’s practice is dedicated to delivering excellent legal support and protection to this vital, but an often underserved, community. Melanie credits her business training and the skills developed as a senior compliance officer with enabling her to help small business owners have a legally compliant business, while proactively advising clients during the growth process. She’s helped diverse entrepreneurs do business in a way that focuses more on collaboration than competition. Melanie has counseled small business owners in determining what is protection worthy (helping them obtain trademarks and copyrights) and making contact on their behalf in the case of infringement.

Ralph graduated from University of Florida with his JD as well as an LLM in Comparative Law. He has a Master's in Law from Warsaw University , Poland (summa cum laude) and holds a diploma in English and European Law from Cambridge Board of Continuous Education. Ralph concentrates on business entity formation, both for profit and non profit and was trained in legal drafting. In his practice he primarily assists small to medium sized startups and writes tailor made contracts as he runs one of Florida disability non profits at the same time. T l Licensed. in Florida Massachusetts and Washington DC this attorney speaks Polish.