This article provides a detailed overview of a modified gross lease and covers the most important aspects of managing commercial properties.

What is a Modified Gross Lease?

A modified gross lease is a commercial lease agreement where both tenant and landlord are responsible for paying ongoing expenses associated with the property. The expenses paid by landlord and tenant tends to vary on a case-by-case basis, and they have to be negotiated by a tenant and landlord before both parties sign a lease.

A modified gross lease is common for commercial properties with more than one tenant. It typically stipulates that a tenant is responsible for paying the base rent as well as some other expenses that are associated with the property such as utilities, insurance and property taxes. Other costs, including maintenance and upkeep, are generally covered by a landlord.

There are several types of commercial real estate leases such as net lease, double net lease, gross lease and modified gross lease, and it’s important to know the difference between them because it allows both parties to understand the lease structure.

Remember that although these lease terms are considered universal, they could also have different interpretations depending on who your landlord is or what country you are in.

Here’s an article about a modified gross lease and how it works.

Why Hire a Commercial Lease Lawyer?

Keep in mind that any expenses could be negotiated prior to signing a commercial lease, not everything is up for negotiation. The most commonly negotiated expenses include:

Commercial real estate leases fall in two categories: gross and net. The modified gross lease (also referred to as a modified net lease) is a mix of a gross lease and a net lease.

Modified gross leases are a hybrid of these two leases, as expenses covered by both tenants and landlords. With a modified gross lease, the tenant pays expenses directly related to their leased space, including maintenance and repairs, utilities, and general upkeep costs, while the owner/landlord continues pays for the other operating expenses.

How Does a Modified Gross Lease Work?

A modified gross lease falls between a net lease, which passes on property expenses to the tenant and a gross lease, where the landlord pays for operating expenses.

The conditions of a modified gross lease depend on several factors such as:

In some cases tenants could be required to pay for maintenance expenses and cleaning services, while the landlord is responsible for major renovations and property taxes. A modified gross lease usually implies that a tenant covers utility bills and cleaning.

Here’s an article about how modified gross lease works. 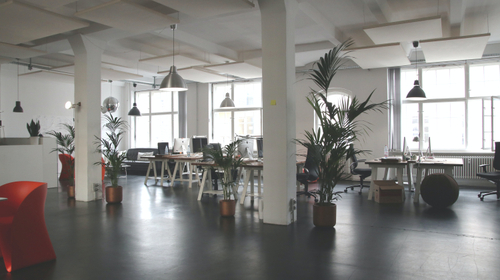 Image via Pexels by Marc Mueller

Pros of a Modified Gross Lease

There are many pros to a modified gross lease which make it an excellent option for those tenants who can’t choose between various commercial real estate extremes of gross and net leases. A modified gross lease is generally a good choice for both tenants and landlords, as it gives landlords control over certain responsibilities and gives tenants control over the costs that they can control.

Below are some of the pros of a modified gross lease:

Cons of a Modified Gross Lease

Below are some cons of a modified gross lease you should know:

Get Help with a Modified Gross Lease

A modified gross lease is the most common type of lease in commercial real estate, as it tends to evenly distribute responsibilities between landlords and tenants. As a tenant, you are responsible for paying rent as well as operating costs and janitorial expenses, as well as any increases in property taxes. A landlord typically covers insurance, taxes, and property management.

Post a project in ContractsCounsel’s marketplace to get flat fee bids for your commercial lease project. All lawyers in our network are vetted by our team and peer-reviewed by our users for you to explore before hiring.

Meet some of our Modified Gross Lease Lawyers

Mr. LaRocco's focus is business law, corporate structuring, and contracts. He has a depth of experience working with entrepreneurs and startups, including some small public companies. As a result of his business background, he has not only acted as general counsel to companies, but has also been on the board of directors of several and been a business advisor and strategist. Some clients and projects I have recently done work for include a hospitality consulting company, a web development/marketing agency, a modular home company, an e-commerce consumer goods company, an online ordering app for restaurants, a music file-sharing company, a company that licenses its photos and graphic images, a video editing company, several SaaS companies, a merchant processing/services company, a financial services software company that earned a licensing and marketing contract with Thomson Reuters, and a real estate software company.

Stirk Law is a law firm based in London that advises on dispute resolution, commercial and corporate arrangements, employment and private wealth. We are experts in our areas and experienced in advising on complex and high value matters in the UK and internationally. We have extensive onshore and offshore experience across a variety of areas such as the administration of trusts together with complex fraud and trust disputes. Our expertise includes the conduct of significant and high-value cases valued at up to in excess of £1 billion over a combined 40 years of legal practice in England, Jersey and Guernsey. As well as having a large international network, we work closely with a corporate investigations and risk advisory business based in London and Vienna. Together we can deliver a holistic service for cases involving fraud, dissipation of assets or other illegal activity.

Talin has over a decade of focused experience in business and international law. She is fiercely dedicated to her clients, thorough, detail-oriented, and gets the job done.

Results oriented business attorney focusing on the health care sector. Formerly worked in Biglaw doing large multi-million dollar mergers and acquisitions, financing, and outside corporate counsel. I brought my skillset to the small firm market, provide the highest level of professionalism and sophistication to smaller and startup companies.

Attorney - I graduated in Law from the University of Wroclaw and in Economics from the Scottish University of Aberdeen; My legal interests include, in particular: contracts, intellectual property, and corporate law, as well as transactional / regulatory advisory along with related risk management (M&A); The industries with which I have worked most often are: IT, real estate and construction, professional sport, industrial chemistry and medicine, oil & gas, energy, and financial services; I possess many years of experiences working with international entities for which I have prepared and negotiated contracts, as well as (due diligence) reports, analyses, litigation documents, and presentations; Apart from law firms, I have also worked for investment banks and big 4 - thanks to that I also gained financial, technological, and consulting experiences; I shall be described by: accuracy, openness, honesty, concreteness, a broad approach to the problem, and ... a lack of bad manners, along with a good sense of humour :)

Stan provides legal services to small to medium-sized clients in the New England region, and throughout the U.S. and abroad. His clients are involved in a variety of business sectors, including software development, e-commerce, investment management and advising, health care, manufacturing, biotechnology, telecommunications, retailing, and consulting and other services. Stan focuses on the unique needs of each of his clients, and seeks to establish long term relationships with them by providing timely, highly professional services and practical business judgment. Each client's objectives, business and management styles are carefully considered to help him provide more focused and relevant services. Stan also acts as an outsourced general counsel for some of his clients for the general management of their legal function, including the establishment of budgets, creation of internal compliance procedures, and the oversight of litigation or other outside legal services.