What is a Power Purchase Agreement?

In this arrangement, the power producer installs and owns an energy system on a customer's property. The customer is then able to purchase electricity, usually at a very low price, without any upfront costs. The power producer is able to sell the electricity and take advantage of tax credits.

The power purchase agreement, often abbreviated to PPA, lays out the commercial terms for the sale of electricity between the two signing parties.

Some terms that can be found in a PPA include:

The terms of a PPA usually last between five years and twenty years, and because PPAs take many different forms, they can be negotiated and tailored to suit the needs of the buyer and the seller.

How Do Power Purchase Agreements Work?

In a power purchase agreement, a customer, also called an offtaker, provides a physical space for an energy producer to install some kind of energy-generating systems like solar panels or wind turbines. The producer owns the equipment for the duration of the PPA and covers all costs of installation. The customer can then purchase the energy at a reduced rate.

There are several steps necessary to execute an effective power purchase agreement.

Laws relating to PPAs, and third-party energy generation equipment ownership vary by state. If you are unsure about the regulation or limitations on buying and selling power in your state, it is best to consult with an environmental lawyer .

Read this article for more information about power purchase agreements and how they work.

Power purchase agreements are complex legal contracts and must include a variety of different terms agreed upon by the seller and the buyer. PPAs are tailored to fit the specific needs of the two parties involved; however, most effective PPAs will include the following terms:

There are several different types of power purchase agreements, like physical PPAs and virtual PPAs, but because there are so many different variations for these agreements, it is difficult to list them all.

The three most common power purchase agreement types include:

One of the most popular power purchase agreements is PPAs for solar energy. Solar technology is low in cost and risk, so it is one of the least expensive renewable energies available on the market.

In a solar power purchase agreement, the developer funds the installation of a solar energy system on the customer's property at little to no cost to the customer. The customer benefits from purchasing the power at a fixed rate less than the utility's rate, and the developer can sell the electricity and also benefit from tax benefits.

Solar PPAs terms are usually between ten and twenty-five years. During this period, the developer is responsible for the operation and the maintenance of the solar energy system. At the end of the agreement, the customer usually has the option to either end the contract, extend the contract, or purchase the energy system.

Benefits of a solar PPA include: 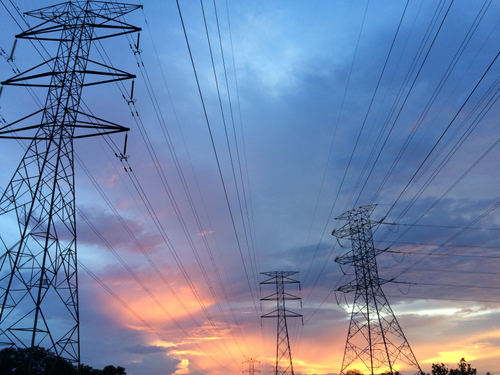 Image via Pexels by Pok Rie

Who Signs a Power Purchase Agreement?

The two parties who sign the power purchase agreement are the seller and the buyer.

The seller is the producer of energy who owns the project. Sellers can include:

The buyer is the entity purchasing the electricity produced by the seller. Buyers can include:

A PPA is an excellent way for buyers to reduce their energy costs, protect themselves against price increases, and take advantage of tax incentives.

Get Help with a Power Purchase Agreement

Meet some of our Power Purchase Agreement Lawyers

My Legal career hasfocused on representing businesses (corporations and limited liability companies) as general outside counsel. In this capacity, I have drafted a broad range of legal documents as well as analyzed proposed agreements drafted by the other party's attorney to the agreement for the pupose of determining the risks to which my client would be exposed. I maintained the client's minute book if no one in-house was available for that task. Additionally, if rquested, I served as a general advisor to the client's executive offers and to its Board of Directors.

Corporate counsel with years of in-house experience working with and reporting to board / executive-level and upper management, along with extensive regional / national law firm background in commercial transactions and contracts, complex commercial litigation, and employment matters. Skilled at executing corporate priorities, driving profitability by implementing goal-oriented processes to achieve revenue and productivity targets, and managing company litigation and outside counsel. Recognized for creating policies and practices to address ethical dilemmas and resolving misconduct.

Keidi S. Carrington brings a wealth of legal knowledge and business experience in the financial services area with a particular focus on investment management. She is a former securities examiner at the United States Securities & Exchange Commission (SEC) and Associate Counsel at State Street Bank & Trust and has consulted for various investment houses and private investment entities. Her work has included developing a mutual fund that invested in equity securities of listed real estate investment trusts (REITs) and other listed real estate companies; establishing private equity and hedge funds that help clients raise capital by preparing offering materials, negotiating with prospective investors, preparing partnership and LLC agreements and advising on and documenting management arrangements; advising on the establishment of Initial Coin Offerings (ICOs/Token Offerings) and counseling SEC registered and state investment advisers regarding organizational structure and compliance. Ms. Carrington is a graduate of Johns Hopkins University with a B.A. in International Relations. She earned her Juris Doctorate from New England Law | Boston and her LL.M. in Banking and Financial Law from Boston University School of Law. She is admitted to practice in Massachusetts and New York. Currently, her practice focuses on assisting start ups, small and mid size businesses with their legal needs in the areas of corporate and securities law.

Jim Slattery most recently served as General Counsel at Regional News Network, a large owner of broadcast television stations. Jim is an experienced attorney with broad-based expertise. He is a seasoned negotiator who has been involved in negotiations as complex as the Olympic Games. Jim spent 18 years as Vice President for Business and Legal Affairs at NBCUniversal. Previously, Jim worked in the media industry in various roles at All American Television. Jim’s success can be attributed to his ability to properly analyze data, manage projects, lead teams, develop creative solutions for complex problems, focus on strategically optimizing assets, manage/allocate risk and collaborate with divergent constituent groups to achieve objectives. Jim received a J.D. and a B.B.A. from the University of Notre Dame.

I’m an attorney focusing my practice on concierge corporate and intellectual property law for startups and high-growth companies. I also serve as outside General Counsel to several businesses in various sectors. Since founding my practice I've worked with hundreds of clients across a variety of industries. My experience as a former General Counsel of a premier edtech company gives me unique insight into the challenges my clients face and how to resolve them efficiently and cost-effectively.