Need help with a Release of Liability?

What is a Release of Liability?

A release of liability is a legal agreement between two parties in which one party waives the right to hold another party responsible for potential damages or injuries. When a party (the releasor) signs the waiver of liability, they are acknowledging that they understand the risks associated with an activity and will not sue the other party (the releasee) should an injury occur.

Other Names for a Release of Liability

Here is an article about another type of release clause, an indemnification clause.

What’s Included in Release of Liability?

A release of liability can be formatted as either a stand-alone document or as a part of larger contract. The content of the waiver should be specific and customized to the situation for which it is being signed, but every general release form should contain the following key components:

Names and Addresses of Both Parties

It is important to make sure it is clear who the release applies to and which party is the releasor and which is the releasee. It is common to include a date in which the agreement is entered near the names of both parties.

A section defining words within the contract is helpful so both parties understand the meanings of all legal terms used. This avoids ambiguity or different interpretations of the contract.

It is important that the releasor is aware of the risks related to the activity and understands that by signing the waiver, they are now solely responsible for these risks.

“The undersigned hereby assumes all risk of injury or harm as a result of the activities specified above and agrees to release, indemnify, defend, and forever discharge the releasee from all liability, claims, demands, damages, costs, expenses, and causes of action due to death, injury, loss, or damage to the undersigned."

Every waiver of liability needs to include a signature block where both parties can sign and date the document. Some waivers will also require a witness signature, a notary acknowledgement, or both.

Here is an article that further explains definition clauses .

When to Use a Release of Liability

A release of liability is appropriate anytime its possible a person could be sued should something go wrong during an action being taken. Most commonly, a waiver of liability is signed before participating in an activity that involves some type of risk. However, these waivers can be used in a variety of situations. The following examples are the most common:

Signing a waiver to participate in a possibly dangerous activity is very common. Many people sign waivers to workout at gyms, play golf, rent a boat or other vehicle, go horseback riding, or to participate in local events sponsored by churches or other organizations.

A photographic release of liability allows a photographer to use or publish your photograph. A photo is often used for the purpose of profit like in an advertisement.

Here is an article on Photography Contracts .

A mechanic’s lien release is a waiver by which a contractor forfeits their right to impose a lien on a property.

An information release allows a third party to release confidential medical, financial, employment, or other information.

Liability releases can also be a good idea to use in certain personal situations. If you loan your car or a piece of heavy equipment like a lawn mower to a friend or neighbor, you may want to execute a waiver that releases you from liability in the event someone else hurts themselves while using your property.

Babysitters or pet sitters may also want to legally protect themselves while performing their duties. In addition, if you hire someone to do work at your house, a liability release may be appropriate.

Here is an article that further explains release clauses.

Although it is prudent to have a release of liability, these waivers are not guaranteed to be enforceable in every situation or case. The enforceability of your agreement will depend on your state’s laws surrounding liability releases, the contract itself, and the level of negligence that caused the damages or injury.

Situations When a Release is Usually Enforceable

A release of liability will generally be enforced by courts if the agreement meets the following criteria: 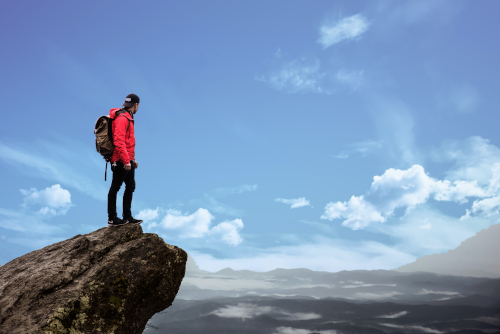 Situations When a Release is Not Upheld

In most states, a release of liability cannot protect the releasee from their own acts of negligence or from gross negligence. It is important for people or businesses to be able to limit their liability, however, the public is entitled to be protected from negligent acts.

For example , if a gym knowingly provides faulty equipment, they should not be absolved of liability when a customer is injured because the gym’s conduct was grossly negligent. In addition, if the injury occurred due to intentional acts, the waiver would not be enforceable.

Some states have statutes that limit the use of liability releases for certain activities. If an activity is inherently dangerous, the court may not recognize the release because the defendant is responsible for making sure the activity is safe.

For example , most states will not allow the use of waivers by a construction company for their employees. Employees are entitled to be protected while working dangerous jobs.

If a release is unclear, ambiguous, or difficult to read, a court may not uphold the waiver. A release of liability should be easy to understand for a person not trained in law. If you are signing a document waiving rights, you should be fully informed and understand what it is you are signing.

The type of negligence that occurs may also play a role in whether a waiver is upheld in court. Some releases cite coverage for specific acts of negligence. If an injury occurs due to negligence not covered in the release of liability, a court may not enforce the waiver.

It is important to remember that even if a release of liability is signed, under certain situations, an injured party may still be able to sue for damages. Courts in most states heavily scrutinize waivers so it is important if you are using a waiver of liability that it meets your state’s regulations.

Get Help with a Release of Liability

Do you have questions about releases of liability and want to speak to an expert? Post a project today on ContractsCounsel and receive bids from lawyers who specialize in Release of Liability contracts. They will help you understand the benefits and risks, and what these contracts protect you from.

Meet some of our Release of Liability Lawyers

I am a New Jersey licensed attorney and I have been in practice for over nineteen years. My practice mainly consists of representing public entities (municipalities, school boards, etc) and businesses, both small and large. In that capacity, much of work consists of drafting, reviewing and revising contracts.

I am a corporate lawyer with expertise working with small businesses, venture capital and healthcare. Previously, I worked at large law firms, as well as head attorney for companies. I graduated from Harvard College and University of Pennsylvania Law School. I speak 5 languages (Spanish, French, Italian and Russian, plus English), visited over 60 countries, and used to compete in salsa dancing!

Legal services cost too much, and are often of low quality. I have devoted my law practice to providing the best work at the most affordable price—in everything from defending small businesses against patent trolls to advising multinational corporations on regulatory compliance to steering couples through a divorce.

I am a licensed attorney and a member of the California Bar. I graduated from the University of Dayton School of Law's Program in Law and Technology. I love IP, tech transfers, licensing, and how the internet and developing technology is changing the legal landscape. I've interned at both corporations and boutique firms, and I've taken extensive specialized classes in intellectual property and technology law.

Jo Ann has been practicing for over 20 years, working primarily with high growth companies from inception through exit and all points in between. She is skilled in Mergers & Acquisitions, Contractual Agreements (including founders agreements, voting agreements, licensing agreements, terms of service, privacy policies, stockholder agreements, operating agreements, equity incentive plans, employment agreements, vendor agreements and other commercial agreements), Corporate Governance and Due Diligence.

University of Virginia School of Law

I hold a B.S. in Accounting and a B.A. in Philosophy from Virginia Tech (2009). I received my J.D. from the University of Virginia School of Law in 2012. I am an associate member of the Virginia Bar and an active member of the DC bar. Currently, I am working as a self-employed legal consultant and attorney. Primarily my clients are start-up companies for which I perform various types of legal work, including negotiating and drafting settlement, preparing operating agreements and partnership agreements, assisting in moving companies to incorporate in new states and setting up companies to become registered in a state, assisting with employment matters, drafting non-disclosure agreements, assisting with private placement offerings, and researching issues on intellectual property, local regulations, privacy laws, corporate governance, and many other facets of the law, as the need arises. I have previously practiced as an attorney at a small DC securities law firm and worked at Deloitte Financial Advisory Services LLC. My work experience is dynamic and includes many short-term and long term experience that span across areas such as maintaining my own blog, freelance writing, and dog walking. My diverse background has provided me with a stong skill set that can be easily adapted for new areas of work and indicates my ability to quickly learn for a wide array of clients.

Release of Liability lawyers by city

RELEASE AND WAIVER OF LIABILITY

It has been a pleasure working with Sunnita. She is responsive, understood what I was looking for and drafted the perfect agreement for my business. I will definitely work with Sunnita again on my future business and personal endeavors and recommend her to friends and family.
Post Project Now

Sunnita was great to work with and helped me complete all my goals for getting my legal documents completed.
Post Project Now