Need help with a Contingency Contract?

Even if you don’t know it, you’ve probably run into a contingency contract for payment at some point. Most people have heard the term “contingency clause” and know that it means a contract subject to one or more conditions being met.

These kinds of contracts are legal documents used under various circumstances by many different people and organizations.

However, one of the most common places we see them is in real estate. They are used by negotiating parties to identify a condition needing to be met to complete a purchase and sale agreement. Here is more about this type of contract and how you might be able to use a contingency clause in your contracts.

What is a Contingency Contract?

A contingency contract is typically a legal document that sets out a condition needing to be met before the contract can be concluded.

If the condition is not met, the contract will never come into force and would therefore be null and void. So, if either party does not meet the contract's requirements, the other party would be entitled to walk away from the deal. Sometimes, there are also penalties for not meeting the requirements of a contingency contract.

Sometimes, this kind of contract includes an earnest money contract. For example, this agreement for a future sale requires the buyer to deliver a deposit – or “earnest money” – to prove that they are committed to the deal.

Here is an article about contingency contracts.

Example of a Contingency Contract

One straightforward example might be a child who agrees with their parent that if they get an A in a particular class, they will get a new bicycle. Of course, the contract may be verbal, and it may be between family members. Still, there is a contingency clause that sets out what the child must deliver to trigger the parent's response.

Contingency contracts can be simple and informal like that example. They could be legally binding written purchase agreements, real estate contracts, etc.

Here is an article that provides examples of different types of contingency contracts.

In real estate, a buyer often wants to put an offer on a home. Still, they have some conditions needing to be met before they are willing to complete the purchase agreement. Some examples of this kind of contingency clause might include:

There are many reasons why real estate lawyers might include a contingency clause in a contract on behalf of their clients. No matter the reason, however, if the seller does not comply within the stipulated period, the contract will not be concluded, and the sale will fall through.

This is an important way to protect your interests. Still, the effectiveness will depend on what kind of market it is. For example, suppose there is high demand for real estate, and it’s a seller’s market. In that case, they might choose to take another offer that does not include a contingency clause. So you need to gauge your chances of success.

Here is an article that describes how contingency contracts are used in the purchase and sale of real estate. 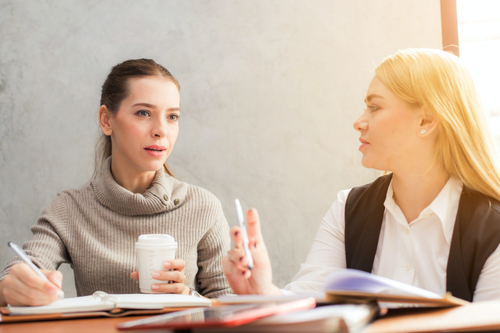 Image via Pexels by Tirachard Kumtanom

What’s Included in a Contingency Contract?

A contingency contract is usually a legal document (notwithstanding verbal agreements like we described above), which means certain things need to be included, which are usually:

Once agreed, to be a binding legal document, a contingency contract should be signed by both parties, including the date and place of a signature. Usually, there need to be witnesses to the signing.

All parties who sign a legal document like this do need to be of the legal age of majority in the place they live and where the contract is signed.

Here is an article outlining some of the clauses usually included in real estate contingency contracts.

When Would You Use a Contingency Contract?

Contingency contracts usually come into play when one of the parties does not believe that the other will deliver what they are promising.

So, for instance, someone who is selling something that will be paid at some point in the future might require the buyer to provide earnest money as a condition needing to be met for the sale. Usually, these contracts would also include a contingency clause that if the buyer reneges on the deal, the money already paid would be forfeit. Again, this would give the buyer an incentive to complete the deal and give the seller the financial means to find a new buyer if they don’t.

Another example might be if someone wants to buy a used car but is not sure that the vehicle is in the condition the seller claims it is in. They might make the purchase and sale agreement contingent on a mechanical inspection by a garage of their choice.

In both of these cases, one of the parties is not sure that the other will deliver, so they create a situation where they are protected regardless.

Here is an article that discusses when you might want to use a contingency contract.

A contingency contract is a legal document that is usually a fallback. The parties cannot agree to a contract without a contingency clause, so they create a contract that allows them to work around their concerns.

In most cases, where both parties are genuine and have provided all the relevant information to the deal, a contingency clause does not matter. The buyer will get what they want, and the seller will get the deal they need. This kind of contract is a win-win, provided all parties have the right intentions.

Contingency contract negotiations can become tricky, however. Both parties want to conclude the deal but want to protect their interests. Sometimes, they need to hire a real estate lawyer to draft an agreement. There might be some back, and forth once the document is completed.

This means that contingency contracts are usually not a simple solution – but they can ensure that everybody wins.

Here is an article that describes how you can negotiate a contingency contract in business.

Get Help with a Contingency Contract

Do you need help with a contingency contract? Post a project in ContractsCounsel’s marketplace to get flat fee quotes from lawyers to help with your legal projects. All lawyers are vetted by our team and peer-reviewed by our customers for you to explore before hiring.

Meet some of our Contingency Contract Lawyers

I am a startup veteran with a demonstrated history of execution with companies from formation through growth stage and acquisition. A collaborative and data-driven manager, I love to build and lead successful teams, and enjoy working full-stack across all aspects of the business.

Pico & Kooker provides hands on legal advice in structuring, drafting, negotiating, interpreting, managing and enforcing complex high value commercial transactions. Adept at navigating complex environments, Jonathan has extensive expertise advising clients on a wide range of long- and medium-term cross border and financial engagements, including public tender participation, PPPs, export sales agreements as well as policy and regulatory formulation. Jonathan and his co-founder, Eva Pico have represented and acted on behalf of lenders, global corporations and other market participants across a range of industries including financial services, infrastructure and transportation. As outside counsel, Pico & Kooker, has developed a strong rapport and working relationship with their clients and appropriately work with their in-house teams to increase consistency, processes and procedures. The company employs a unique approach as practical, business minded outside legal counsel who believe in proactively partnering with their clients to achieve desired results while managing and engaging key stakeholders. They listen to their clients to develop customized solutions that best meet their needs while aligning with their objectives, vision and values. Some representative transactions include advising the World Bank on project finance and portfolio options to address the costs and risks associated with integrating renewable power sources. Also advising them as legal counsel, Jonathan developed policies, regulation and models for emerging market governments entering into public-private partnerships. In addition to his work with the World Bank, Jonathan has worked with some of the world’s largest consulting firms, financial institutions and governmental organizations, including the United Nations, the governments of the US, UK and select African countries. Through out his career, he has worked with large, multinational corporations both by consulting in-house and acting as outside counsel on large cross-border transactions. He graduated from Georgetown University’s law school and was admitted practice as a lawyer in New York, England and Wales and, as a foreign lawyer, in Germany. He has written several articles for trade journals and has been cited by several business publications in worldwide. Jonathan is a native English speaker and has high proficiency in German and a functional understanding of Spanish.

I am a solo practitioner and the founding attorney at Uzay Law, PLLC, which provides legal services in immigration and contracts. I am licensed to practice law in Texas. Prior to practicing law, I worked as a producer and film consultant in New York for over fifteen years. I am fluent in English and Turkish.