Need help with a Design-Build Contract?

What is a Design-Build Contract?

A design-build contract, sometimes called a design/build, D-B, or D/B contract, is a project delivery system often used in construction. While the traditional approach to construction requires contracts with two separate entities, a designer and a contractor, a design-build contract combines these two entities, so only one company is responsible for the designing and building contract for a project.

Design-build contracts save time and money and can prevent situations where an owner may be caught in the middle of a dispute between a contractor and a designer. With this kind of contract, the designer and the contractor work together from the beginning of the project as a team.

Some advantages that owners enjoy from a design-build contract include:

How a Design-Build Contract Works

Design-build contracts work by providing an owner with just one contract to design and build a project. Rather than hiring a separate architect and contractor, a design-build firm provides both professionals who work together on the project from the beginning.

This project is a single-source collaboration so that it can be completed in stages with the designer and contractor working hand in hand. Some design-build firms are now even providing services like acquiring licenses, permits, approvals, and inspections for the construction.

Read this article for more information about how design-build contracts work and how they are used.

Risks of a Design-Build Contract

Design-build contracts come with many advantages, but there are also risks associated with this type of project delivery.

Some risks or downsides that clients need to consider include:

Another significant disadvantage of the design-build contract is the loss of control and project oversight that the owner faces. In a traditional construction contract , the owner hires a separate architect and contractor. This allowed the owner to use the architect like a private consultant to ensure quality control and that the project was completed as per the design.

However, in a design-build contract, the architect and the contractor work for the same company and are on the same team. This could leave the owner of a project in the dark without a way to detect quality control issues.

Advantages of a Design-Build Contract

However, an owner considering a design-build contract should also weigh the advantages of using this type of contract.

Some other advantages also include:

If you still have questions about design-build contracts, you can also contact a construction lawyer who has experience with design-build project delivery systems. 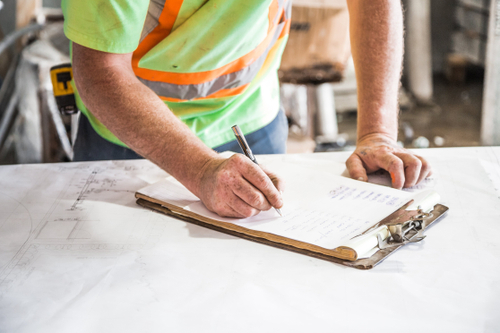 Image via Pexels by Burst

Role of a Contractor in a Design-Build Contract

The contractor in a design-build contract is usually a general contractor. However, in some cases, the project will be led by a professional designer like an architect, engineer, or architectural technologist.

The contractor's primary role in a building project is to coordinate construction activities to ensure that the project is completed on time and within the specified budget. Contractors will plan, lead, execute, supervise, ad inspect the project throughout the duration of the project.

When a contractor is working under a design-build contract, they will also work closely with the designer on the project. Together, these two professionals can ensure that the project is completed to the specifications of the client.

What is Included in a Design-Build Contract?

Design-build contracts are not "one size fits all" contracts and can be customized to fit the needs of both the design-build firm and the customer. Although the specifics of the contract may change, the following elements should appear in any construction contract:

Do design-build contracts save money?

How do design-build firms charge?

Who takes the risk in a design-build contract?

Get Help with A Design-Build Contract

Meet some of our Design-Build Contract Lawyers

I have been a freelance attorney for several years and have many of my clients returning to me for continued work because of the quality I produce.

Ms. Leavens is a corporate attorney with 10 years of experience as the General Counsel, Chief Compliance Officer and Corporate Secretary of a Congressionally chartered, non-profit corporation, and more than 20 years of experience as an advisor to executive officers and boards of directors in for-profit and non-profit organizations. She has substantial experience within in-house legal departments managing cross-functional teams comprised of multiple business units and attorneys on large-scale mission critical projects, and within a global law firm as a manager of public and private, domestic and international, multi-party business transactions. She has unique experience implementing government-sponsored business initiatives. Ms. Leavens was honored in 2015 as one of Washington, D.C.’s Top Corporate Counsel by Bisnow and the Association of Corporate Counsel; nominated in 2014 for the Association of Corporate Counsel (WMACCA) Outstanding Chief Legal Officer Award; and the recipient in 2014 of WMACCA’s Community Service Award.

Most of my career has been as in-house counsel for technology companies. My responsibilities included managing all vendor/procurement contracts and compliance, customer/partner/reseller contracts and compliance, data security/privacy compliance and incident responses, HR/employment issues, and legal operations. I am very comfortable negotiating Commercial Contracts, Vendor Agreements, and Procurement Contracts for goods, services, and licensing, as well as addressing Employment & Labor, Intellectual Property, and Data Privacy issues and compliance. I specialized and have a certificate in IP in law school and continued to develop in that area as in-house counsel for Interactive Intelligence, Genesys, which are unified communication companies, and KAR Global in the automobile digital services lines of business.

Transactional and Employment Attorney and Small Business Owner. I do inside counsel work from the outside. I demystify the law for my clients.

Since 2008, I have worked to assist clients in solving problems and addressing challenges that inevitably arise as a business grows - both anticipated and unexpected. My experience in Georgia and Tennessee in both drafting contracts and enforcing them via litigation and/or arbitration has provided clients with unique insights that help them anticipate problems and inform their decisions from start to finish.

I am an attorney licensed in Alabama and have been in solo practice for 7 years. I have experience in Contracts drafting and review, Litigation and Immigration practice areas. I am available for new projects.

Meghan Thomas is an accomplished transactional attorney. She specializes in real estate transactional matters, property disputes, IP, tech and business contracts. Meghan's innovative leadership style has attributed to the firm's rapid development and presence in the metro-Atlanta market. She obtained her Doctor of Law from Emory University where she worked with the State Attorney General and litigated property disputes for disadvantaged clients. ​ Prior to practicing, Meghan negotiated complex transactions for Fortune 500 tech and healthcare companies. She lives with her family in Southwest Atlanta, enjoys cooking, travel, dance and continues to develop her research in the areas of transactional law and legal sustainability.