Home Blog Military Lawyer: Who Are They? What Do They Do?
Trustpilot

A military lawyer is the person to call when a service member or spouse faces legal action within military court proceedings. They can provide a defense or push back against the evidence mounted against their client.

There are different laws and rules that military lawyers follow in contrast to civilian lawyers. If you need a military lawyer, ensure that you hire the individual best-suited to fight your charges since the consequences of a conviction are severe.

What is a military lawyer?

Military lawyers, also known as civilian-military lawyers, address legal actions that occur within the military. Unlike other lawyers making money from contingency fees, they are paid a military lawyer salary or retainer depending upon how they offer their services.

Branches of military service members that they represent include:

They protect the rights and offer legal advice to military service members and personnel accused of a civil or criminal violation. A military lawyer can also represent the military itself. However, military crimes and civil actions are considered severe, which means you should speak with a military lawyer if you need legal advice.

Check out this article on what a military lawyer is.

What is military law?

Military law is a vast body of law that is separate from civil codes. What may be considered a crime or violation in the military may not in the civilian world. Military laws address issues surrounding enlisted servicemembers and officers.

While every case has different facts, military law generally addresses:

The Uniform Code of Military Justice (UCMJ) regulates military conduct. A list includes more than sixty actions in which service members cannot perform while on activity duty or in training. A violation can result in a commanding officer (CO) punishing the service member or sending a referral for court-martial and subsequent trial.

Here is another article on military law .

Who needs a military lawyer?

When you are facing military proceedings, it affects your future tremendously. Obtaining legal counsel from a civilian-military lawyer will provide an opportunity to defend your case strategically. Since there is so much at stake, searching for a “military lawyer near me” is well worth the effort.

You may need a military lawyer when:

If you are convicted of a crime, the consequences are steep for military members, including losing a job, future income, retirement, and more. Accused service members and personnel need to retain counsel by seeking a “military lawyer near me” as soon as possible. He or she will explain your risks while devising a case strategy that follows governing laws.

What do military lawyers do?

Military lawyers perform a variety of functions and tasks daily. At times, their role is as broad or as narrow as a civilian lawyer. They handle both civil and criminal matters.

Agile and adept lawyers possess a strong command of all criminal and civil laws and military and civilian law. They generally work in high-pressure situations while maintaining a steady temperament. Simply put, a military lawyer handles client cases from start to finish across a wide range of practice areas. 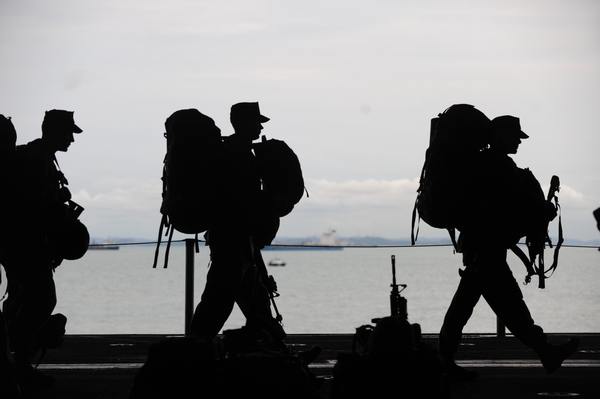 Image via Pexels by Pixaby

The military follows a different set of laws than civilians do. As such, a military lawyer must have a different skillset from civilian lawyers.

For example, military personnel can violate court-martial laws without incurring a civil infraction. A military lawyer must know how to bring justice in military courts.

These are a few other differences in a military lawyer vs. a civilian lawyer:

Military lawyers must follow UCMJ. They will follow this body of code as it governs military processes and procedures.

Laws that apply to military cases include:

Instead of hiring a public defender or private counsel, defendants hire military lawyer JAG officers as their public lawyer equivalent. They are members of the military who provide services as lawyers for service members.

Military lawyers receive additional training beyond graduating from an accredited law school and passing a state bar exam. They must also attend military lawyer JAG training. It is from here that they learn how to navigate military proceedings.

Each branch of the military has specific sets of procedures for appeals. They can take a mandatory amount of time or follow a specific line of command. In some cases, there is no way to hasten the appeals process, unlike a civilian appeal.

In contrast to civilian matters, juries can comprise of three to twelve members. The number of jurors depends upon the type of case. They also make decisions by a two-thirds majority vote, which is also different from civilian cases.

As you can see, there are several differences between a military lawyer vs. civilian lawyer. If you are a service member facing military proceedings, it is essential that you get legal advice from a military lawyer. He or she will provide you with guidance throughout the entire process.

Here is another article on the differences between a military lawyer vs. civilian lawyer .

When facing court-martial or discipline, you have the right to receive representation by a military lawyer. It would help if you had a military lawyer JAG defensive counsel that can investigate your case's facts and circumstances to ensure that you do not accept an unnecessary punishment.

Disability lawyers do not have the same experiences as military lawyers, which means that it is critical to distinguish in your hiring process. Go with the person best suited to handle your case.

Secure a military lawyer that represents your story. Post your project to ContractsCounsel at no upfront cost today.

I am a California-barred attorney specializing in business contracting needs. My areas of expertise include contract law, corporate formation, employment law, including independent contractor compliance, regulatory compliance and licensing, and general corporate law. I truly enjoy getting to know my clients, whether they are big businesses, small start-ups looking to launch, or individuals needing legal guidance. Some of my recent projects include: -drafting business purchase and sale agreements -drafting independent contractor agreements -creating influencer agreements -creating compliance policies and procedures for businesses in highly regulated industries -drafting service contracts -advising on CA legality of hiring gig workers including effects of Prop 22 and AB5 -forming LLCs -drafting terms of service and privacy policies -reviewing employment contracts I received my JD from UCLA School of Law and have been practicing for over five years in this area. I’m an avid reader and writer and believe those skills have served me well in my practice. I also complete continuing education courses regularly to ensure I am up-to-date on best practices for my clients. I pride myself on providing useful and accurate legal advice without complex and confusing jargon. I look forward to learning about your specific needs and helping you to accomplish your goals. Please reach out to learn more about my process and see if we are a good fit!

I am a NY licensed attorney experienced in business contracts, agreements, waivers and more, corporate law, and trademark registration. My office is a sole member Law firm therefore, I Take pride in giving every client my direct attention and focus. I focus on getting the job done fast while maintaining high standards.

A twenty-five year attorney and certified mediator native to the Birmingham, Alabama area.

I absolutely love helping my clients buy their first home, sell their starters, upgrade to their next big adventure, or transition to their next phase of life. The confidence my clients have going into a transaction and through the whole process is one of the most rewarding aspects of practicing this type of law. My very first class in law school was property law, and let me tell you, this was like nothing I’d ever experienced. I remember vividly cracking open that big red book and staring at the pages not having the faintest idea what I was actually reading. Despite those initial scary moments, I grew to love property law. My obsession with real estate law was solidified when I was working in Virginia at a law firm outside DC. I ran the settlement (escrow) department and learned the ins and outs of transactions and the unique needs of the parties. My husband and I bought our first home in Virginia in 2012 and despite being an attorney, there was so much we didn’t know, especially when it came to our HOA and our mortgage. Our real estate agent was a wonderful resource for finding our home and negotiating some of the key terms, but there was something missing in the process. I’ve spent the last 10 years helping those who were in the same situation we were in better understand the process.

Benjamin is an attorney specializing in Business, Intellectual Property, Blockchain, and Real Estate.

Melissa D. Goolsarran Ramnauth, Esq. is an experienced trial-winning trademark and business attorney. She has represented large businesses in commercial litigation cases. She now represents consumers and small businesses regarding federal trademarks, contracts, and more. Her extensive litigation knowledge allows her to prepare strong trademark applications and contracts to minimize the risk of future lawsuits.