While there are several benefits of working as an independent contractor, you are also responsible for paying your benefits, withholding Social Security taxes, and providing supplies to complete the projects you are hired to manage. Since the financial burden falls on the independent contractor, it is too easy for unlawful companies to abuse the legal system.

As such, it is vital to understand California independent contractor laws and how they may apply to your specific situation. If you need personalized legal advice, ensure that you speak with a labor lawyer for more information.

What is an Independent Contractor in California?

In other words, independent contractors in California have flexibility and control over how they work, including time and location, without feedback from management. The company you serve can only exert control over the results you are producing.

Independent Contractor vs. Employee in California

The primary difference is that an independent contractor has a right to act as his or her own boss rather than the employer dictating how, where, and when they perform their service.

Employees receive benefits, tax withholdings, and employee protections, including workers’ compensation, whereas independent contractors are responsible for these elements.

While every state has its set of unique guidelines that determine an employee’s status, California’s passage of Assembly Bill 5 has specific tests that employers must perform when it comes to employee classification. AB is primarily influenced by a landslide court decision and seeks to protect workers from unsavory organizations from taking advantage of independent contractor statuses.

What Are Sole Proprietorships

California Assembly Bill 5, or AB 5, is a legislative act passed by Governor Newsom in September 2019. The new law was effective on January 1, 2020. AB 5 requires companies to reclassify independent contractors as employees with a few exceptions to the rule.

The bill was designed to increase regulation over companies that hire gig workers in large numbers, including DoorDash, Shipt, Postmates, Uber, and Lyft. Companies must utilize a three-pronged test to show whether the workers should be classified as independent contractors or employees.

After a landmark decision, several new pieces of California legislation went into effect in January 2020. These new laws significantly impact businesses, employees, and independent contractors alike. The vast majority of rules under AB 5 and other assembly bills were designed to protect independent contractors from misclassification.

In 2018, the California Supreme issued a critical decision regarding the matter of Dynamex Operators West v. Superior Court of Los Angeles. The supreme court rejected a test determining whether to classify a worker as an independent contractor vs. employee known as the Borello test. Instead of the Borello test, an employee-friendly standard was adopted while ultimately upending the independent contractor market.

The most significant turn was how the supreme court incorporated a new standard that presumes all California workers are employees unless their employment meets specific criteria. The specific criteria are included in the newly accepted ABC test as a result of the Dynamex decision.

The ABC Test for Independent Contractors in California

Laws around independent contractor vs. employee relationships have mainly been ambiguous up until the Dynamex decision. While California gained the most attention over the ABC test, other states, including New Jersey and Massachusetts , have already adopted some form of it. Keep in mind that the ABC test assumes that a worker is an employee unless the test shows otherwise.

An individual is an independent contractor in California only if they meet all three (3) requirements of the test:

Simply put, as long as you can offer your services to other businesses, have an established entity, and provide a unique skill set, you are likely an independent contractor. Ensure that you function as one. Speak with an employment attorney to help you determine if the ABC test applies to your situation and what you can do to create a substantial independent contractor agreement that you can present to the hiring company.

AB 51 prevents companies and employers from requiring employees and job applicants to agree to arbitration for violations involving the Fair Employment and Housing Act (FEHA) . It also prevents employers from engaging in retaliatory behavior against employees who refuse to enter into an arbitration agreement as a term or condition of employment.

In addition to opening up, other civil remedies for FEHA claims, the statute also provides for reasonable attorneys’ fees reimbursement and injunctive relief. Employers violating of these employment laws can be criminally charged. These provisions also include those involving misclassified workers under California labor laws.

What To Do If You’ve Been Misclassified

If you believe that the company you are working for is misclassifying your employment, you have rights protected by state and federal laws. Your employer may be taking advantage of your relationship in favor of lower costs and higher profits. You may be owed lost work wages, overtime, benefits, and reimbursements. These financial losses will depend upon an evaluation of your case to establish the types of employment in which you are engaging. 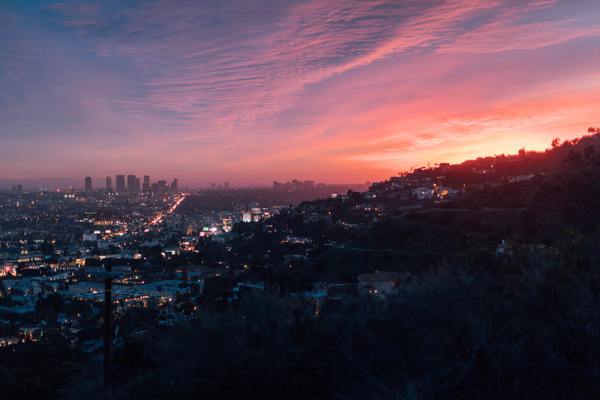 Image via Pexels by Roberto Nickson

Here are steps you can take if your employer has misclassified you:

STEP 1: Preserve any and all communications between you and the company

STEP 2: Review the types of employment contracts in place for clarity regarding your relationships

STEP 3: Speak with an attorney to help you determine your legal options

STEP 4: File a civil claim against your employer for financial losses experienced

STEP 5: Ensure that you have an independent contractor agreement in place when engaging in future endeavors

An employee’s misclassification in California is pretty serious and complicated and could require a jury or judge trial to resolve. However, the law does entitle you to compensation for the losses you experienced as a result of their erroneous misclassification. Getting legal advice from an attorney will help you work through any Department of Labor (DOL) issues to pursue a remedy on your behalf.

Oscar is a St. Petersburg native. He is a graduate of the University of Florida and Stetson University, College of Law. A former US Army Judge Advocate, Oscar has more than 20 years of experience in Estate Planning, Real Estate, Small Business, Probate, and Asset Protection law. A native of St. Petersburg, Florida, and a second-generation Gator, he received a B.A. from the University of Florida and a J.D. from Stetson University’s College of Law. Oscar began working in real estate sales in 1994 prior to attending law school. He continued in real estate, small business law, and Asset Protection as an associate attorney with the firm on Bush, Ross, Gardner, Warren, & Rudy in 2002 before leaving to open his own practice. Oscar also held the position of Sales & Marketing Director for Ballast Point Homes separately from his law practice. He is also a licensed real estate broker and owner of a boutique real estate brokerage. As a captain in the US Army JAG Corps, he served as a Judge Advocate in the 3rd Infantry Division and then as Chief of Client Services, Schweinfurt, Germany, and Chief of Criminal Justice for the 200th MP Command, Ft. Meade, Maryland. He is a certified VA attorney representative and an active member of VARep, an organization of real estate and legal professionals dedicated to representing and educating veterans. Oscar focuses his practice on real small business and asset protection law.

We help simplify every transaction and provide a superior level of customer service to create long lasting and trusted relationships with our clients. Our goal is to guide our clients with practical and zealous legal representation and eliminate the difficult nature of any legal transaction.